* In case of any delay in receiving the OTP, you may verify it later. Please proceed without verification.

Your mobile number is not registered with us. Please register your mobile no.

Enter your City name or Pincode

Dhamdha is a small town in Durg district of Chhattisgarh in India. The ancient name of the city was Dharmadham. But this name kept on changing from Dharmdham to Dharmda, then Dhamda and finally Dhamdha over the period of time. Dhamdha which was once ruled by Gondwana dynasty today is an important religious, cultural and historical venue. 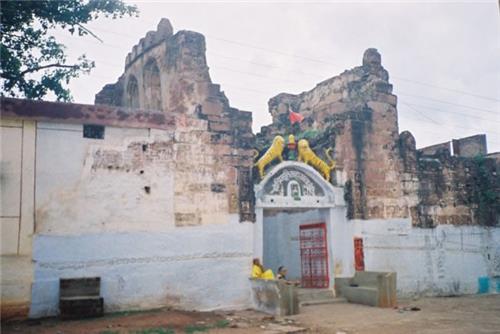 Served as a seat of Gondwana dynasty attraction in the city is the old palatial building structure, which is known as Prachin Kila. It is an old palace. A famous mandir is also situated down this road. Tourists get well maintained boarding and lodging facilities in the town. They can also easily reach here by road from the nearest airport in Raipur or the nearest railway stations.

Dhamdha city in Chhattisgarh is located at 21.45°N 81.32°E with an average elevation of 280 m. Among the total area of 1507.96 hectares, 1228.73 hectares are used for agriculture here. 330.00 hectares of the city are irrigated land area. The city is located 34 km north from Durg, district head quarters and is bounded by Berla Tehsil towards East, Bhilai Tehsil towards South, Durg Tehsil towards South and Saja Tehsil towards north. The nearby cities to Dhamdha are Bhilai, Bemetra, Birgaon and Durg-Bhilai Nagar. Nearby villages to Dhamdha include Rahatadah, Basni, Barhapur, Sonesarar and Biroda.

Dhamdha is a town with small population, As per 2001 India census, the city had population of 8547 with 50% males and 50% females. 15% of the total population is children under six years of age. The report reveals that the number of girl child is more than the number of boys in the town of Dhamdha. Average population of Dhamdha city has received education. The average literacy rate of the town is 62%, which is higher than the national average of 59.5%. Dhamdha has 72% male literacy and 51% female literacy.

Dhamdha is a legislative assembly constituency in Chhattisgarh state. It is also a tehsil. Dhamdha is a nagar panchayats that has 15 wards. The elected members rule the panchayats and provide the basic amenities to the people like water, sewerage, roads etc.

Even though Dhamdha is one of the tourist attractive spots in Chhattisgarh state, it is not developed in every area. The city still doesn’t have big shopping complexes or malls. As the people here mainly depend on agriculture for earning, their income is also not much attractive. That is why itself only a few banks have branches in the city. Some of the banks that are functioning in Dhamdha are listed here.

Dhamdha, one of the ancient and historical city of Chhattisgarh, is a must visited place. So if you ever plan to visit Chhattisgarh, please find a day to spend in this small but beautiful city.

Are you a Business Owner?

Add the products or services you offer